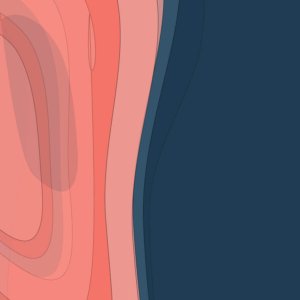 Spicy roasted red pepper sauce is tasty alternative to the standard tomato based sauces. It is great as a main dish with pasta, chicken or nut cutlets, but works equally well as a way to jazz up a side dish of vegetables, such as lightly steamed broccoli. Try serving with lightly toasted pine nuts for added crunch. Roasting your own peppers is cheaper than buying roasted peppers from the deli and  if you wish to save time or take advantage of a glut they freeze very well. Additionally, home roasting  ensures that the peppers have no added sodium or sulphites.

Due to their high concentration of vitamins A and C, roasted red peppers are a rich source of antioxidants. Antioxidants help prevent damage by free radicals — harmful compounds created by natural body processes and the environment — to cells. As shown by their bright red colour, red peppers are rich in the pigment beta-carotene, which is converted by your body to retinol, a form of vitamin A, during the digestive process. Vitamin A is necessary for eye health and maintaining healthy skin, membranes and soft tissue. Vitamin C provides support for your immune system and both vitamins A and C help your body repair itself after it has been injured.

A: Both raw and roasted sweet red bell peppers are nutrient rich. Raw red pepper, like most vegetables, becomes smaller when cooked, and this complicates any comparison of raw versus cooked pepper. An equal volume of raw red pepper is less concentrated than roasted red pepper. However, vitamin C content remains about the same, because although roasted red pepper is more concentrated, cooking destroys some of this heat-sensitive vitamin. Either roasted or raw red pepper is a fantastic source of vitamin C, providing approximately a day’s recommended amount  in  a 70 gram serving. Because the portion becomes more concentrated, content of some nutrients, such as vitamin A (mainly as beta-carotene), is higher in roasted red peppers. Additionally, the cooking process makes beta-carotene more easily absorbed.

1) Place the dried chillies in a heatproof bowl and pour the boiling water over top the chillies. Let sit for 20 to 30 minutes until the chillies are softened. Reserve chilli water to make vegetable stock.

2) Meanwhile, quarter and de-seed the peppers and place skin side up on a baking tray. Grill under a moderate flame for about 8-10 mins until the skins are blackened.

3) Once chillies are softened, cut top off the chillies and remove the seeds from inside. Chop roughly.

4) Remove the peppers from the oven and put into a plastic bag – this makes them sweat and the skins slip off more easily. When cool enough to handle, peel off the skins with your fingers. Slice the peppers open, pick out and discard all the seeds and membrane, then roughly chop the red flesh.

5) Heat the olive oil in a frying pan. When hot, fry the garlic and shallot for a few mins.  Add the chopped peppers and chillies and continue to fry for a few mins, stirring to combine everything. Add the vegetable stock, bring to a simmer, then allow it to reduce a little.

6) Pour  into a blender and whizz until smooth.  Season to taste. Serve hot or at room temperature